A class action has been filed claim defects in the GMC Canyon and Chevrolet Colorado 6L50 transmission.   The complaint states,

the Class Vehicles were sold with a defective 6L50 Transmission that, among other things, slips, bucks, kicks, jerks and harshly engages; has premature internal wear, sudden acceleration, delay in downshifts, delayed acceleration and difficulty stopping the vehicle, and eventually suffers a catastrophic failure requiring replacement of the transmission (the “Transmission Defect”). 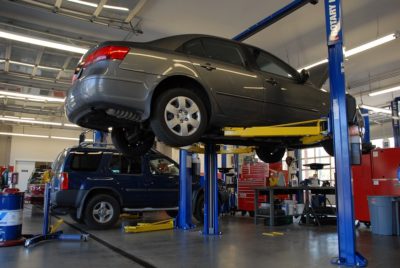 Problems include transmission jerk, slip,  shudder, experience delayed downshifts and suffer from sudden acceleration.  Additionally the GM 6L50 transmissions in 2015-2017 Canyon and Colorado trucks wear prematurely and cause dangers while driving.  The lawsuit alleges General Motors knew about the alleged 6L50 transmission problems before the first truck was ever sold because Cadillac CTS owners had long been complaining about the same 6L50 transmissions.   Here are some typical complaints,

car image Power Train problem of the 2016 GMC Canyon 2
Failure Date: 07/16/2018
While driving, the engine picks and chooses when to speed up. I press the gas peddle down and have to wait a few seconds before the vehicle responds. I have noticed the vehicle making sounds like it is sputtering almost to the point to seizing all together.

Slow and go driving 20-40mph after coasting and trying to accelerate again the transmission bucks hesitates trying to find a lower gear. It can’t decide which gear to go into and just sputters and chugs until I push the accelerator 1/2 way down or more the finds its gear and rockets off. This type of driving not safe at all. This happens all the time since practically new. Gm claims its normal. Bulletins to not fix anything except update the software. That doesn’t accomplish anything. This is a known gm issue with Colorado and Canyons and GM changed transmissions following years and no support for 2015-16.

PowerTrain problem of the 2017 GMC Canyon
Failure Date: 06/20/2017
Unpredictable acceleration limits drivers ability to safely merge with traffic or change lanes. Vehicle can take up to 3 seconds to begin acceleration after gas pedal is pressed and then can surge unpredictably. I have seen this issue reported in GMC forums by others. GMC says there is nothing wrong.

car image Power Train problem of the 2016 GMC Canyon 6
Failure Date: 06/10/2017
Transmission seems to be confused. It will hesitate during acceleration and shift up and down while coasting. Most sluggish shifting occurs during lower speeds. It also has a habit of downshift to low gear while coasting downhill. Always seems to be fighting with itself!.

Consumers may be entitled to a refund or compensation.

If you purchased a GMC Canyon or Colorado and experienced transmission problems, you may be entitled to compensation or a new vehicle.  No Payment required.   Call (973) 598-1980 for a Free Consultation