Hiring an attorney can be a stressful and confusing situation.  You want an expert, honest, personal approach to your case.  The Law Office of Howard Gutman has been fighting for consumer rights and representing commercial interests for over 20 years.  We have a deep knowledge of fraud, consumer, warranty, and lemon law, and will handle your case with honesty and experience.

Howard A. Gutman has successfully handled over 500 lemon law and automobile breach of warranty cases. Mr. Gutman is the author of a leading article on the lemon law in the New Jersey Law Journal and recently gave a seminar for other attorneys on the lemon law for the New Jersey Institute of Continuing Legal Education. He also wrote the Year 2000 Legal Handbook, a book dealing with computer warranties, and is considered a leading authority on all types of warranties.  He has appeared on Good Day New Jersey been interviewed by NBC Nightly News and Newsday, and his cases have been profiled in the Star Ledger, Bureau of National Affairs Magazine, and New York Times

Mr. Gutman first worked at the Wall Street law firm of Haight Gardner Poor & Havens, a premier international law firm. He then went on to Hellring Lindeman Goldstein & Siegel where he worked under the former United States Attorney for New Jersey. Thereafter, he became part of the commercial litigation team at Hannoch Weisman, then the second largest firm in New Jersey. With the opportunity to handle a case featured in national media, he started his own firm and has been a trial attorney for over 20 years.  Legal Assistant Amy Schneider is a graduate of Princeton University and MIT. 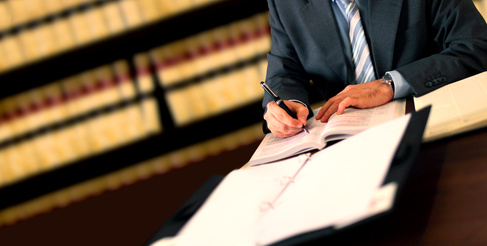 This case sets down the important principle that the manufacturer is responsible for any items installed. The dealer installed an alarm which Volkswagen said was unauthorized. Accepting our position, the Court said if the vehicle malfunctioned, it would be a lemon.

Giglio v. Daimler Chrysler Motors Co, OAL DKT. NO. CMA9965-02
Courts have decided water leak claims in different ways – sometimes saying conditions did not constitute a substantial impairment. Here we were able to demonstrate through an expert and the client’s testimony that there was a substantial problem, and secured a refund.

Taylor v. Volvo  OAL DKT. NO: CMA5732-00
The court ordered a refund based upon a vehicle odor, rejecting contentions the condition did not constitute a substantial impairment.

Umbach v. Volkswagen of American  93 N.J.A.R.2d 11 (1992)
Repurchase ordered, rejecting contention that uneven shifting at highway speeds was a normal characteristic of the vehicle

Negligence Settlement ($500,000). A client came to a large law firm who advised him that he did not have a claim in a matter involving medical negligence. We reexamined the case, identified and error and after filing a claim, secured a ½ million dollar settlement.

Consumer Fraud Award ($121,000). Mr. Gutman secured one of the largest jury verdicts in a consumer fraud action after a seven day trial. The matter was resolved with a confidentiality provision

Consumer Fraud Settlement ($150,000). A tenant was deceived about the projected use of a building. After being billed a five figure amount by his initial counsel, our office agreed to handle the matter on a contingency basis securing a substantial settlement providing an award to the client and coverage of fees for our office and his prior counsel.

Each case is personally handled by Mr. Gutman with aid from legal assistant Amy Schneider.  She is a graduate of Princeton University who received her M.B.A from MIT Sloan School of Business.